Time is a weird thing. When you are doing something you love, it just seems to rush by. Over one year has passed since we officially announced thoughtram, a project to create high quality training.

Back then Pascal and I were both employed as software engineers at CouchCommerce where we had a stable job, cool technical challenges, lovely and talented co-workers, a modern tech stack and very competitive salaries.

When we started thoughtram it was really just a project on the side for us to share our knowledge on another level. We had already spoken a lot at meetups and conferences so it was logical for us to expand on that and run workshops. We didn’t even bother to register a company when we started. We ran our first workshop on Git in September 2014 and the feedback was so overwhelmingly great that we founded thoughtram as a company right after that in October 2014.

Since then and especially after we announced our Angular Master Class course demand sky-rocketed and we had far more requests for workshops than we were able to deal with alongside our full-time jobs.

Over the last 12 months we have given workshops and talks in countries such as the US, Thailand, the Netherlands, Belgium, Turkey, Austria and Hungary. And actually we’re just getting started.

As of today we are proud and happy to announce that from the 1st of September on we are going to work full-time for our own company thoughtram. 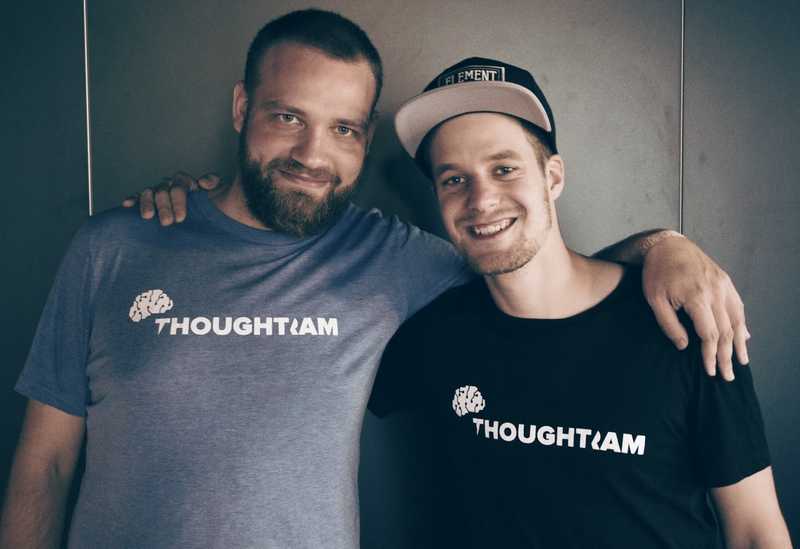 We would like to thank our previous co-workers for the wonderful time spent together. It was great to help CouchCommerce to get where it is right now. It has a bright future ahead and continues to be an awesome company to work for (hint: they are always looking for talents to join the team!).

It’s great to see so many people spreading the love about throughtram either on Twitter, their own blogs or Facebook. We would like to point out that what you’ve seen so far is the work of a two-man project that we did on the side. It will only get better now that we are devoting all our time to it.

We have lots of cool stuff in the pipeline that we are eager to share with you soon. Some of it we can’t share publicly yet and others we’ll announce with dedicated blog posts in the near future. Stay tuned!