As I’m writing this I’m sitting in the train from Berlin to Hanover after returning from the AngularJS Days. We’ve been at the event to run a workshop about Angular 2. The workshop had about roughly 80 attendees and we’ve been overwhelmed by all the positive feedback afterwards.

Reflecting about how we prepared the workshop it kind of makes me feel honored to run this company with my friend Pascal and be on this exciting journey with him. 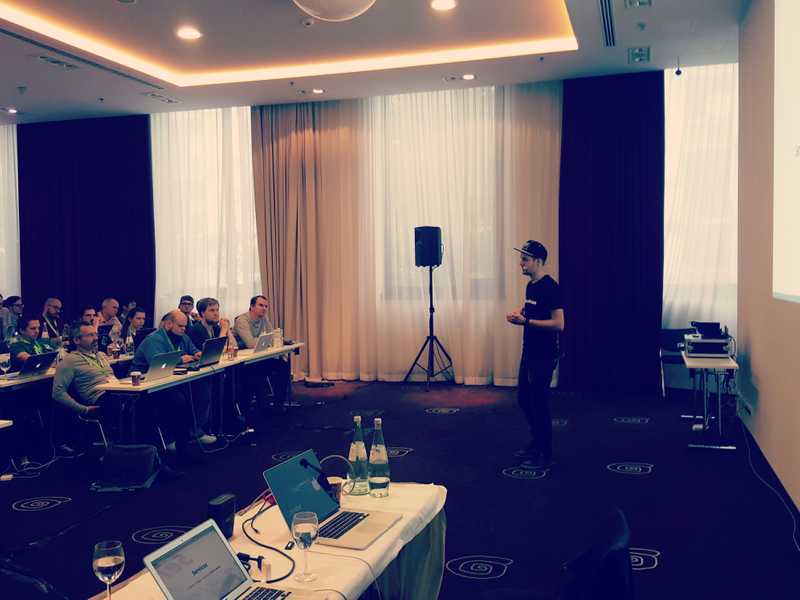 Pascal is that kind of person who cares about all the little details. He is very passionate about all kind of web technologies and makes a huge effort to keep up with the rapid pace of innovation.

There’s rarely ever a day where he doesn’t engage in discussions on GitHub, Slack or Gitter. He’s traveling a lot to share his knowledge at conferences and meetups and when he’s not busy preparing his next conference talk he’s probably working on some article to share on this blog. It sometimes makes me wonder how he’s able to push things at this pace with just two arms and legs.

Today I’m happy to announce that this level of engagement was acknowledged by Google by officially making Pascal a member of the Google Developer Experts program.

In case you are wondering what it means to be a GDE here’s a spoiler from the official website.

Google Experts are experienced, recognized developers of Google technologies as well as outstanding professionals in product strategy, UX/UI, marketing, growth hacking and monetization. They distinguish themselves through frequently speaking at conferences, share their passion and experience by publishing videos and tutorials, writing code samples, mentoring developers and startups and much more. Thanks to their support, developers, high-potential startups and technical communities around the world build and launch highly innovative apps.

To become a GDE one has to be selected by another GDE and undergo a stringent evaluation process.

With Pascal being an GDE now, we are also kind of an interface between the community and the core Angular team at Google, which enables us to provide an even better experience for our workshops.

Pascal isn’t the type of person who’s much affected by titles so becoming a GDE alone probably won’t change much of his life but still I’m happy and proud of him and say: Well deserved my friend!